We are conveniently located on the East side of Yonge Street three blocks north of Lawrence Ave.

Our Yonge Street location has a 4 Seat Patio and 14 seats Inside. We provide Free Parking at the side of the building. 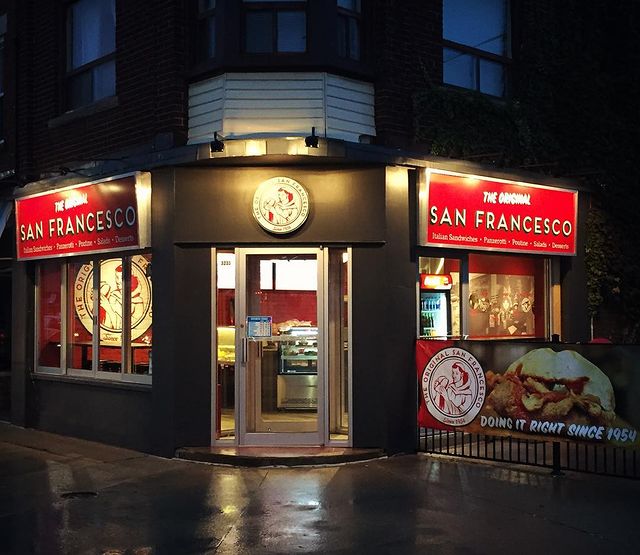 Bedford Park began as a hamlet that was a popular stopover for farmers making their way to market in the city. The neighbourhood was likely named after the Bedford Park Hotel, which opened in 1873 at the southwest corner of Yonge Street and Fairlawn Avenue, just north of Lawrence Avenue.

In 1890 Bedford Park was amalgamated with the hamlets of Davisville and Eglinton to the south, and incorporated as the Town of North Toronto. In the same year, the Metropolitan Street Railway of Toronto began service to the area, encouraging residential development.

The assembly of Lawrence Park began in 1907 by the Dovercourt Land Building and Saving Company, which acquired the north parcel of the park from John Lawrence, after whom this neighbourhood is named. Lawrence Park was one of Toronto's first planned garden suburbs.

North Toronto was annexed by the old city of Toronto in 1912. The name is still used to refer to the area in general, although Yonge–Eglinton and Midtown Toronto are officially used.

"Uptown" has traditionally been a name given to the area north of Downtown Toronto. But as the area of the city that could be considered midtown has grown, the area named "Uptown Toronto" has pushed further north along Yonge Street. Uptown Toronto now refers to the neighbourhoods surrounding Lawrence and Eglinton Avenue.